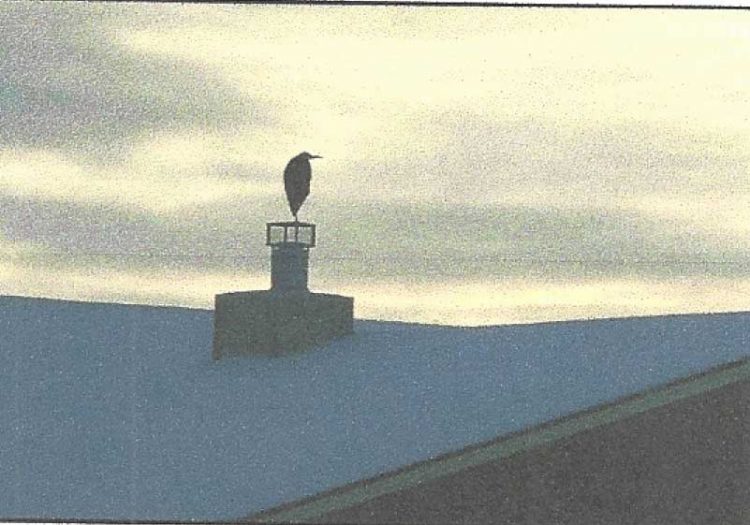 A guest at our Inn, Michelle Herrington, wrote this poem last week upon seeing this Blue Heron at Zillah Lakes Inn.

One of A Hundred Good Decisions

Early morning.
Outside in the lonely adirondack on my front porch.

It’s been snowing for the best part of two weeks, but not now.

Finally it is clear enough to see the sun rise over the trees and houses across the water.

The sky.
Pink, and gold and on fire.

Wrapped in a blanket, tea in my favorite mug, me and my quiet self.
Sit, and, watch. And listen.

Cue His Majesty the Blue Heron, flawless in his entrance. Like a comet he swoops into frame and over his reflection, the entire length of Zillah Lake.

And the gentlemanly mallards with their loyal wives. Their extended families conversing in groups. Fat, orange-breasted songbirds – three – my favorite number, nestled among naked branches, chirp and honk. Asking and answering serious questions to their friends across the lake. Then suddenly but seamlessly, their morning kirtan of call and response changes to playful melodies as they delight in the newness of another day.

Another stately heron has claimed his throne atop the vent of a neighbor’s house. I stare for a long time even as I inhale steaming sips of tea. I want so badly for him to launch so I can marvel again.

But like me, he studies the lake.
And we both just sit, and, watch. And listen.